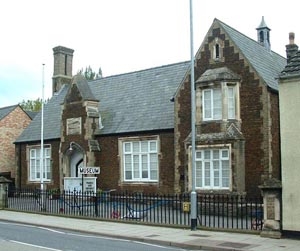 Originally a small island community, developed as a Tudor Port and later as a railway town in the 19th century. The River Nene flows through the town centre and it’s river banks are edged with pretty cottages and buildings, along with open fields and parks.
March Museum located in the High Street has some fascinating displays showing life in the late 19th & early 20th century, including a reconstructed Fenland cottage.

St Wendreda’s Church is famous for its spectacular double hammerbeam roof, featuring 120 carved angels and is situated on the south side of the town.

A supermarket is situated half a mile from the marina, for you to purchased your food at the start of your trip. The town centre is approximately 2 miles away offering a varied selection of shops to cater for all your needs. Markets are held in the town on Wednesday and Saturday. 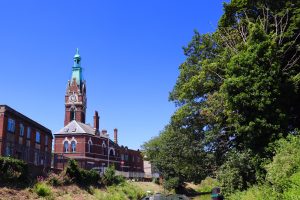 March has several places to eat. Some are adjacent to the moorings and others need to be sought out in the town. From the  restaurant at the Oliver Cromwell Hotel a short walk from the moorings to the Royal Exchange tea parlour on the market place or Shooters American Diner at the moorings by the bridge. From Fish and Chip Shops & Takeaways to Chinese and Indian restaurants, March has a wide choice of places to eat at the beginning or end of your holiday.