3 Things You Must Do When Visiting Cambridge

Cambridge is now one of the top 10 destinations for foreign tourists in the UK, according to figures released in June 2014. The nationwide tourist board VisitBritain reported that the city attracted 404,000 overseas visitors for stays of at least one night during 2013.

London, of course, was the most popular city in terms of tourism, and the rest of the top 10 were Edinburgh, Manchester, Birmingham, Liverpool, Glasgow, Oxford, Bristol and Brighton. VisitBritain aims to encourage tourists to look beyond London, which attracted 16.7 million ‘staying’ visits last year.

Known for its university, beautiful architecture, students and so many bicycles, Cambridge is full of quirky English charm and history. Here are 3 essential things you must experience when visiting Cambridge by boat. 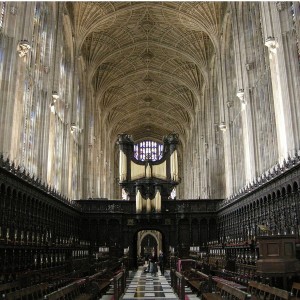 When exploring the magnificent colleges of The University of Cambridge you’ll discover that some of them date back to the 13th Century! Don’t miss the late Gothic architecture of Kings College Chapel which was started in 1446 by Henry VI and took over a century to build. Here you’ll see the largest fan vault in the world and some absolutely stunning medieval stained glass.X BoatingX CambridgeX cambridge universityX Craft shopX HeritageX PuntingX RiversideX Tourist cambridge

You’ll find most of the main national shop names on the streets of Cambridge, but you’ll also discover the local charms and quaint architecture of craft workshops, antique centres, jewellers, and art galleries. Shopping in Cambridge is an unforgettable experience.

If you’re visiting Cambridge you’ll want to try punting, but if you’re visiting on your own hired canal boat you can explore the waterways so much more. When deciding upon a relaxed route for your cruising holiday on the East Anglia waterways Cambridge is a consistently popular choice for our customers. On your way to Cambridge you’ll experience the beautiful British countryside and picturesque villages, discovering ancient churches, wildlife, wild flowers, traditional pubs and the history of the Fens.

Travelling at a leisurely pace, you decide where to moor and what you want to see first. It has to be the prettiest and most relaxing way to see Cambridge, and you can choose between a canal or a barge style of boat depending on your personal preference.