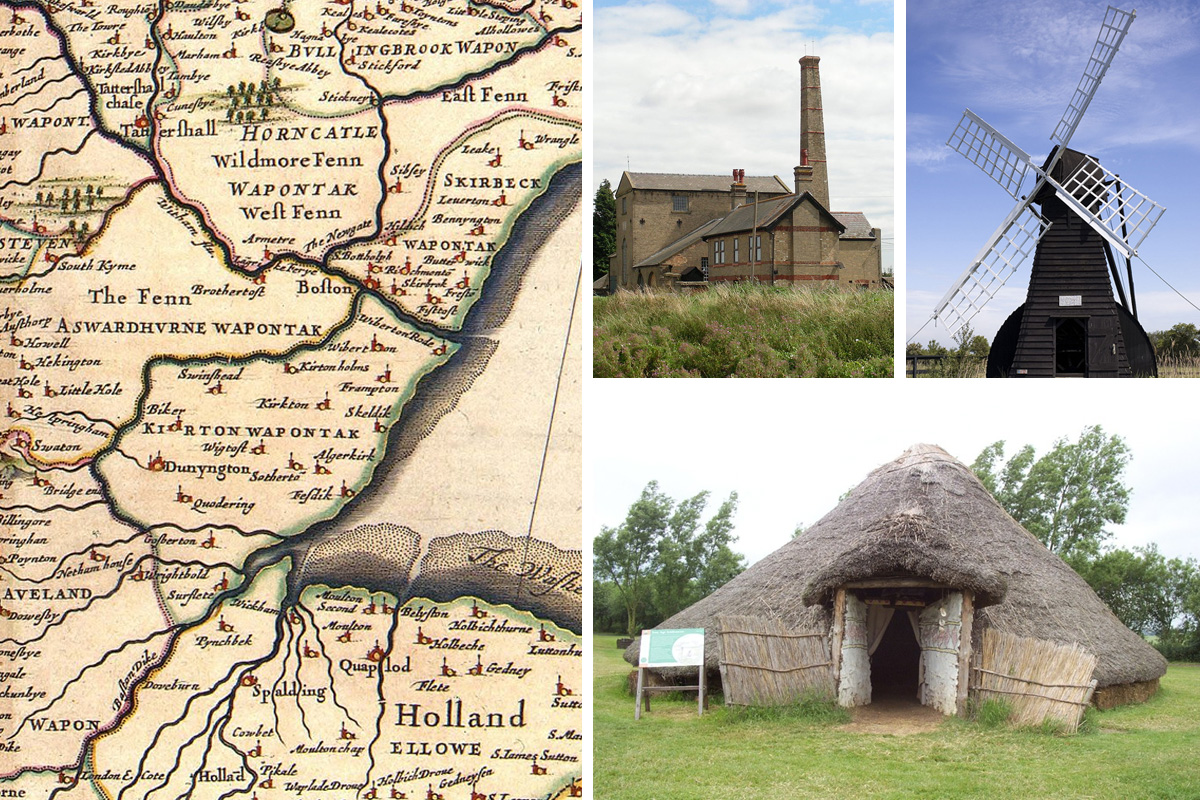 The fens spreads out over an area of approximately 1500 square miles (3900 sq. km), mainly Cambridgeshire and Lincolnshire and a small section of Norfolk. The area is well known for its biodiversity and geodiversity. Most of the Fenland lies within a few metres of sea level the area now includes the lowest land in the United Kingdom.

History starts about 8000 BC

At the end of the latest Ice Age known in Britain as the Devensian approximately 10,000 years ago, Britain and continental Europe were joined by a ridge between Friesland in the Netherlands and Norfolk in England. The ice melted and the sea level climbed and produced the present coastline.

The higher sea levels flooded the previously inland woodland of the Fenland basin, over the next 2000 years, creating a mixture of saltwater and freshwater wetlands.

Silt and clay soils were deposited in the saltwater areas and along the beds of tidal rivers, while peats developed in the freshwater marshes.

Early Neolithic and Bronze Age human settlements were covered by peat deposits with water levels peaking in the Iron Age. Evidence of a Mesolithic settlement has been found in Cambridgeshire along the fen edges and on the low islands within the fens. Top archaeological sites include Flag Fen and Must Farm quarry and Stonea Camp

Roman period and after

Water levels fell once again. During this time the Romans built the Fen Causeway that runs for 24 miles between Denver, Norfolk and Peterborough in the west. The Townlands, places like Wisbech, Spalding & Boston developed, parishes were laid out as elongated strips, to provide access to the products of fen, marsh and sea.

In Anglo-Saxon England, a number of Christians sought the isolation that could be found in the wilderness of the Fens, who were later to become saints; Guthlac, Etheldreda, Pega, and Wendreda. Hermitages on the islands became centres of communities which later developed as monasteries with massive estates. During most of the 12th century and the early 13th century, the south Lincolnshire fens were afforested, but then deforested around Magna Carta late in the 13th century.

Draining the Fens 1600 to modern day

A massive 200 yr drainage operation was undertaken to culminate to modern day farmland. Though some signs of Roman and medieval hydraulics survive, land drainage was begun in earnest during the 1630s by the various investors who had contracts with King Charles I

Two cuts were made in the Cambridgeshire Fens firstly to join the River Great Ouse to the sea at King’s Lynn and secondly the 100 foot drain which joins the old and new Bedford rivers. The project took about 20 years, but even after its completion the area was still susceptible to flooding. Further drainage work was carried out by the Bedford Level Corporation 1663 and Black Sluice Commissioners in 1765 but real success came in 1820 when the windpumps were replaced by coalfired steamengines such as the Stretham Old Engine. In time these were replaced by diesel powered stations, a great example can be found at Prickwillow Museum. Small electric stations are used today.

In 2003, the Great Fen Project was initiated to return parts of the Fens to their original pre-agricultural state. The periodic flooding by the North Sea, which renewed the character of the Fenlands.

Discover the fens in a boat with Fox Narrowboats. You can take day hire trips or canalboat style holidays to cruise around at your own pace for short breaks up to a full 2 week break.

For more on past and future of the Fens