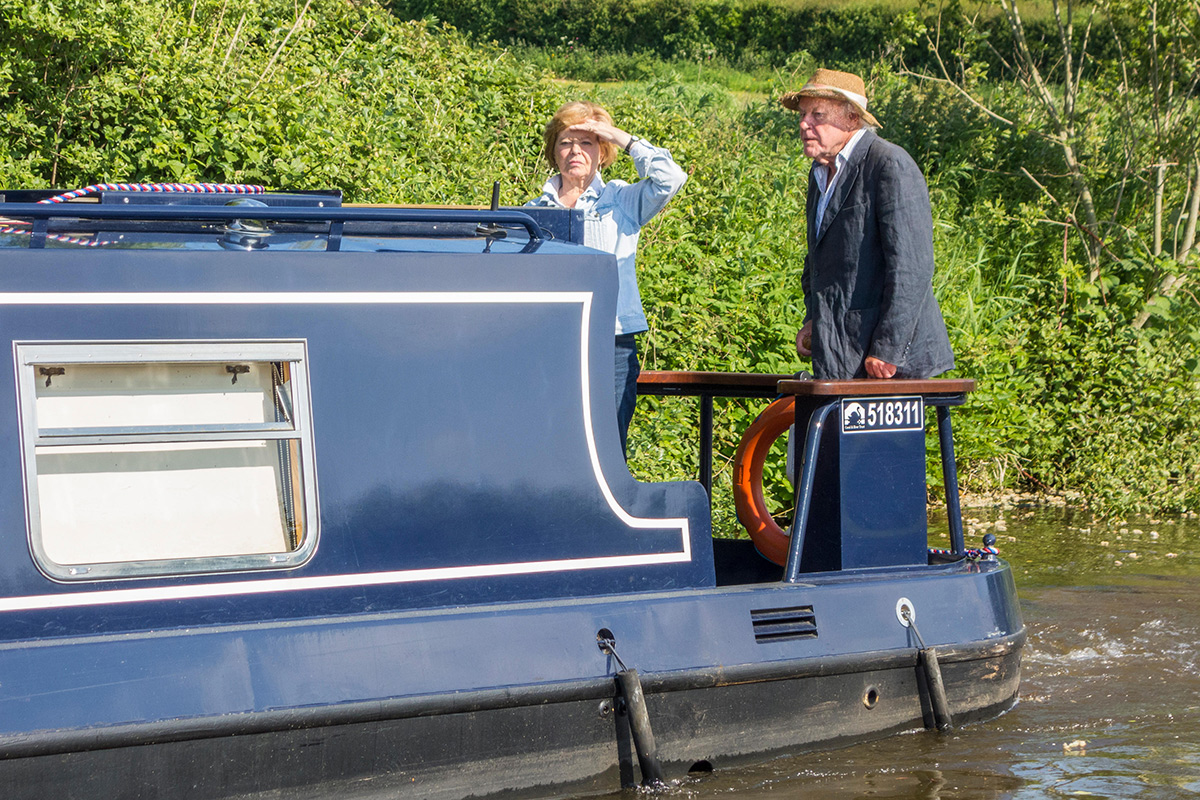 Do you dream of going on great canal journeys?

Are you stuck at home when you’d rather be boating?

Fancy living vicariously through the travels of others?

You may like to check out Channel 4’s new series of Great Canal Journeys.

After ten series of navigating the canals, lakes and river of the world, Prunella Scales and Timothy West’s televised canal journeys have sadly come to an end. Best known for playing Sybil Fawlty in Fawlty Towers, Pru’s struggle with Alzheimer’s became a poignant aspect of the programme, and has now forced the couple to stop filming. The beloved actors have a lifetime of canal boating experience behind them, and their passion for it made them the ideal presenters of this show.

However, Channel 4 has opted to continue the series with two new presenters, actor Sheila Hancock and author and presenter Gyles Brandreth. They’re not a couple, but they are friends who have previously appeared alongside each other on Celebrity Gogglebox. The charm of the original travel programme really lay in watching Tim and Pru’s wonderful marriage on screen, so I thought that changing the remit to two travelling friends might change the mood somewhat. To ease the transition Timothy West joined Gyles and Sheila in the first episode, which aired on 8th November 2020.

“I don’t even know stern from aft!” says Gyles. The friends confess they know nothing about canal boating, but that Tim and Pru have told them anyone can do it. “We are throwing ourselves in at the deep end, and hoping we float!” says Gyles.

The episode begins with Tim welcoming them onto a day-boat at Broxbourne on the River Lee, for a bit of basic training in steering, operating a lock and mooring up. Then their first real journey beings at Pangbourne on the Thames, where they board a 70 foot wide beam. They investigate the bathroom and there is a comedy moment as Gyles accidentally pulls a handle off the toilet, showing viewers that anyone new to boating can make mistakes! During the episode they cruise towards London through Henley, Cliveden and Royal Windsor, and invite a historian on board to chat about the history of the Thames.

“The waterways teaches history that can’t be found in books. They show us how to go with the flow,” says Sheila. (If you like history you can visit Cambridge Universities, Ely Cathedral and Oliver Cromwell’s House on a Fox Boats holiday.)

Then Sheila, 87, joins a women’s rowing team, proving that it’s never too late to try something new. Gyles also is a likeable character. He jokes about doing a Titanic Leonardo DiCaprio impression, while standing on the bow as they enter London by boat.

I had my reservations about this show going forward without the loveable Tim and Pru, but actually it has the same life-affirming vibe, showing us that getting out on the water can make you feel alive! Although Tim and Pru had 40 years of boating experience to share with the viewers, these two are demonstrating that anyone can give boating a go, and learn new skills. Is it still heart-warming and funny? Absolutely. Are there stunning aerial views of waterways, and intriguing glimpses into life afloat? Of course.

If it’s some time since you’ve been boating, this new version of Great Canal Journeys will inspire you to get back out on the water. At Fox Narrowboats you can ease yourself in gently with day boat hire, or take a week’s long break on a comfortable holiday boat. We are now taking bookings for next year.

If you missed the first episode of Great Canal Journeys you can watch it on demand on All 4, Channel 4’s streaming service. (To watch Channel 4 on demand you simply have to sign up with an email address and view on your TV, tablet or computer.)

How to Experience Some Great Canal Journeys from Your Own Home

Cruise Like Tim and Pru from Great Canal Journeys: How to Reconnect With the Ones You Love

How to Holiday Like a Celebrity Without it Costing a Fortune

Keep in Touch: Subscribe on the right to receive more stories of British canal journeys, by email. (We never share or sell email addresses, we’ll only be sending you our local, insider knowledge, every two weeks.)

Tweets by @FoxNarrowBoats
Posting....
We collect some of your data automatically and use cookies. We will never share your data with another company for marketing purposesOkRead more