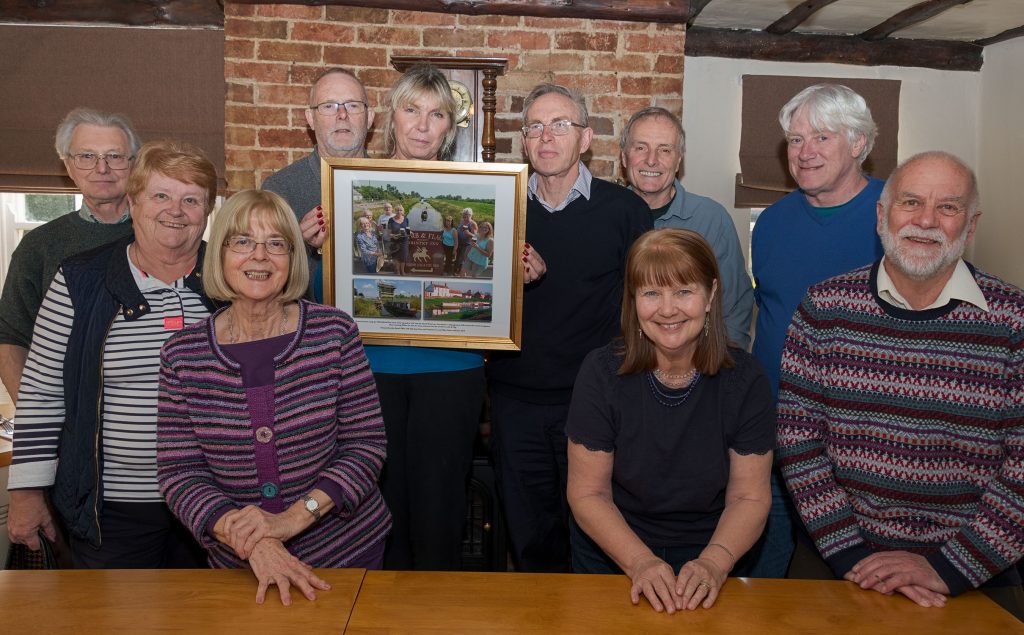 The waterways campaigners presenting their picture to The Lamb and Flag Welney.

On Thursday 14th March Pat Fox and Paula were invited to a luncheon at the Lamb & Flag in Welney where waterways campaigner John Revell was to make a presentation to the landlords.  Following an excellent lunch John invited Gina and Denis to join the assembled group whilst John said a few words.

John has now cruised on the Old Bedford numerous times campaigning to get the lock at Welches Dam re opened and the Horseway channel cleared for navigation.

Thank you all for coming. A particular thanks to Mike Daines for taking the 2 recent photographs and arranging for the framing and to Peter and Charlotte Cox who provided the 3rd photograph taken by the late Patrick Barry in March 1997. 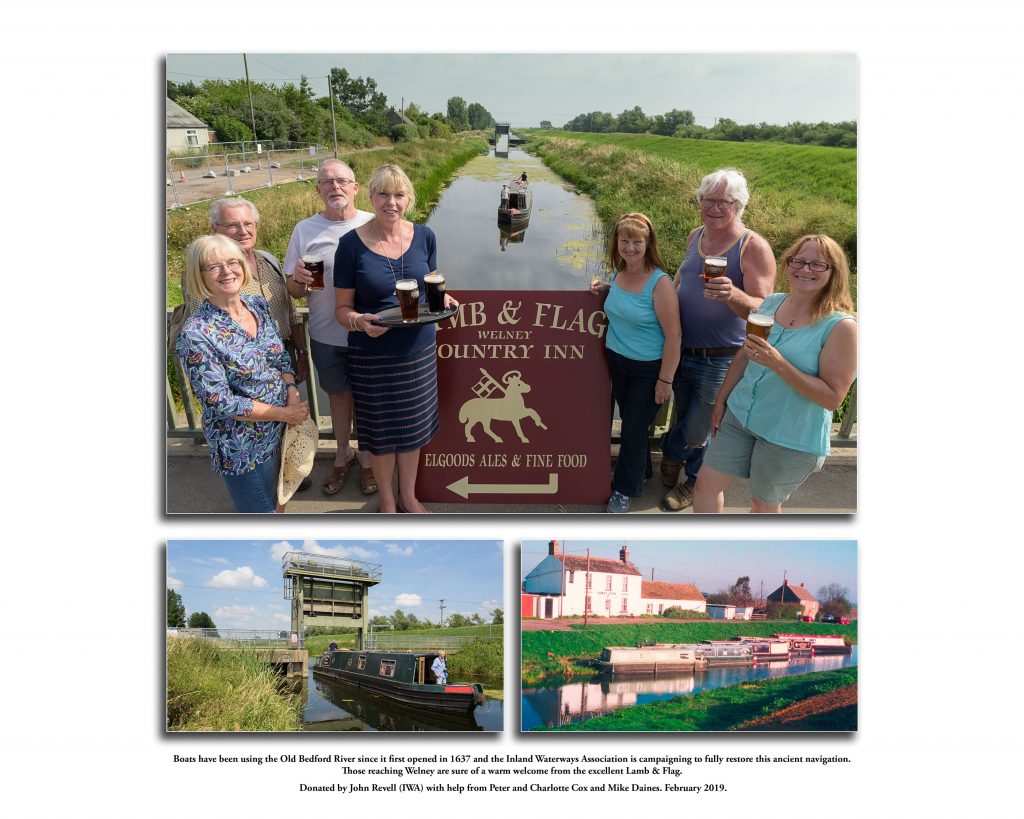 The boating picture presented to The Lamb and Flag, Welney

Boats have been navigating the Old Bedford river since 1637, a mere 382 years. It is therefore one of the earliest, artificially built, navigable waterways in the UK.

This ancient waterway was in frequent use in the past including by the hire fleet run by Pat and Charlie Fox. Pat tells me that 46 boats used this route on a single day in 1973.

I first came here by boat on 5 November 2005 accompanied by Pat & Charlie Fox in their boat, Bill Badger. We were helped by Roger Mungham and Lois and Roy Parker who are still very much involved. To reach Welney we came along Horseway Channel (about 2 miles long and currently unnnavigable) and Welches Dam lock which the Environment Agency made impassable in 2006 when they piled the entrance to the lock with interlocked steel piles.

The Inland Waterways Association and others have been campaigning ever since to get this single lock and Horseway channel re-opened. During this time there have been several attempts to reach Welney and Welches Dam lock from the Salters Lode end. This is difficult but the 5 successful cruises to Welney and Welches Dam in the past 2 years show that it can be done by determined canal boaters.

On each of these 5 occasions we have received a very warm welcome from Gina and her team at the excellent Lamb & Flag.

Welney is now one of the destinations listed in IWA’s Silver Propellor Challenge together with Welches Dam lock and I hope that the national publicity created in recent times will encourage more boaters to visit the Lamb & Flag and put Welney back on the navigable waterways map.