Proving the curvature of the earth on the Old Bedford River 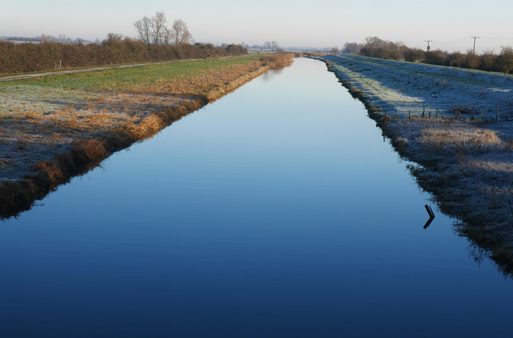 Proving the curvature of the earth on the Old Bedford River, Chris Howes explores!

From the secure perspective of the 21st Century we all know which camp we belong to, Zetetics or Globularists. No longer do heated arguments rage in the Pub over whether the Earth is flat (Zetetic) or round (Globularist). However in the 19th Century this important concern was a hot subject for debate. Thanks to its straightness the Old Bedford River became the proving ground for the counter arguments.

In 1838 Samuel Rowbotham endeavoured to prove the earth flat by making observation along the 6 mile straight above Welney. Using a telescope he observed barges six miles away. Samuel argued that if the earth was round (as some scientists then argued) the barges would only be visible for 3 miles before they disappeared from sight as a result of the curvature of the Earth. As he could still make the barges out that were 6 miles distant, ipso facto there was no curve.

We now understand that Rowbotham’s apparent ability to see further than the expected 3 miles was caused by the phenomenon of the refraction (bending) of light over water.

This apparent ‘proof’ stood unchallenged until 1870 when Alfred Russel Wallace, inspired to renewed scientific scrutiny by Charles Darwin’s work on evolution, conducted a further experiment on the Old Bedford River. Three barges, each with a pole of identical length erected on them, were moored at two mile intervals. If the earth was flat, the tops of the three rods would line up when observed through a telescope. However the second marker was a clear 32 inches above a line between the first and third markers, proving, quod erat demonstrandum, the curvature of the Earth.

If you are interested in exploring the Fenland Waterways we have day hire narrowboats and holiday boats available.

Hey! Are you new here? Subscribe on the right to receive more secrets of the undiscovered Fenland waterways, by email. (We never share or sell email addresses, we’ll only be sending you our local, insider knowledge, every two weeks.)